Football betting analyst Mark O’Haire returns to add to his nine winners from his last 10, with two selections coming from Serie A and the Bundesliga.

Last weekend we correctly backed Borussia Monchengladbach to make mincemeat of rock-bottom Greuther Furth. Die Kleeblätter were dispatched 4-0 at Borussia Park, extending their unwanted record for the worst-ever start to a Bundesliga season; Stefan Leitl’s charges have now returned just a solitary point from a possible 36 (W0-D1-L11) since promotion.

Eight points adrift of their nearest rivals – and 11 points from safety – Furth are in the midst of a rotten 10-game losing streak. Die Kleeblätter have conceded 33 goals, leaking multiple goals in all bar two of their tussles, and unsurprisingly yet to keep a clean sheet. There are now quite serious fears that Greuther could post a record-breaking low for points earned.

Leitl’s troops were tipped for a relegation battle on their return to the German top-flight but few fancied Furth to be quite so poor. Earning promotion against the odds certainly put the group on the back foot, but losing key personnel David Raum, Anton Stach and Sebastian Ernst in the off-season has left a modest squad really feeling the heat.

Opponents Hoffenheim have tended to toil on their travels, whilst performing above expectations at their Sinsheim base, although the visitors should be capable of overcoming their recent away day blues by taking top honours at the Troll-Arena on Saturday. Backing Hoffe to overcome a -0.5/1.0 Asian Handicap hurdle certainly appeals at 1.86.

This wager sees us paid out should the visitors pick up three points – a full-stakes pay-out is ensured if Hoffenheim triumph by two goals or more, with a half-stakes winner banked if Die Kraichgauer clinch victory by a one-goal margin.

Exclude trips to the top-two this term and Sebastian Hoeness’ side have W5-D2-L3 this season, notching 19 goals.

Of course, Hoffenheim cannot be considered as Champions League qualification contenders in the Bundesliga, and are probably bracketed outside of the top-six, yet Hoeness still possesses enough quality and firepower to pick up a positive result. After all, this wager is predominantly focused on Furth’s inability to compete at Bundesliga level. 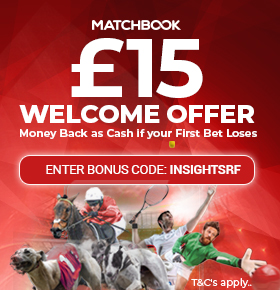 Regular readers of my Insights column will be well-aware of my love affair with goals and Serie A. The Italian top-flight has averaged over three goals per-game over the past two campaigns and the 2021/22 renewal is already running at 3.10 goals on average. A huge 64% of those matches featured Over 2.5 Goals with 38% of fixtures seeing Over 3.5 bank.

Having scanned the weekend schedule for potential inefficiencies, I believe I’ve come across one when Hellas Verona travel to Sampdoria on Saturday. Crudely turning that aforementioned 66% hit-rate into implied odds, the current Over 2.5 Goals rate suggests a blanket price on Overs in an ordinary Serie A showdown should be around the 1.56 mark.

Encounters involving Verona have proven particularly enticing. Hellas’ have taken supporters on a real rollercoaster ride with outings averaging a whopping 3.77 goals, 10 of 13 tussles paid out for Over 2.5 Goals punters with five even breaking the Over 4.5 Goals barrier. The visitors have silenced their opponents once and scored in 12/13 contests.

Sampdoria are next up for Igor Tudor’s free-flowing outfit and the Blucerchiati are just as fun to follow. Now under Roberto D’Aversa’s guidance, Il Doria have also delivered Over 2.5 Goals in 10 of their last 11 Serie A dates, including five of six at the Marassi.

Despite firing blanks as hosts against the breakaway top-two, Samp have scored nine goals across their remaining five home fixtures. Further back, the Blucerchiati have bagged at least one goal in 21 of their previous 26 league encounters at the Marassi whilst recording only four shutouts. A tasty 19 (73%) of those outings provided Over 2.5 Goals.

The post Mark O’Haire – Looking At Serie A & Bundesliga To Keep The Good Run Going appeared first on Matchbook Insights.

Both Adrian Clarke and Mark O’Haire nailed their selections in this matchup a few weeks back and are aiming to repeat the trick this weekend.…

A goals bet at Old Trafford for Saturday’s early Premier League game Another episode of the War Of The Roses in mid-August? Yes, please! I…

A goals bet at Old Trafford for Saturday’s early Premier League game Another episode of the War Of The Roses in mid-August? Yes, please! I…